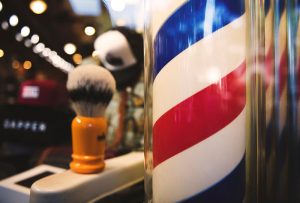 Most recently, Mr. Manke is under attack by Governor Whitmer’s administration for safely opening his barber shop and cutting hair in protest. Mr. Manke filed his appeal in Shiawassee County Circuit Court challenging the $9,000.00 in administrative fines levied against himself and his barber shop. He was fined $1,500.00 twice (once against him personally and once against his barber shop) for the same alleged minor violations of the barber code, including having a comb in his pocket. He was also fined $3,000.00 twice for his participation in Operation Haircut, the protest of Governor Whitmer’s illegal and unconstitutional Executive Orders (EOs) at the state Capitol Building last May. It is unclear how the state believes his barber shop building participated in the protest.

The administrative licensing action is the last remaining case against Mr. Manke, who prevailed in every prior action brought against him by the state, including the dismissal of all criminal charges. Mr. Manke is requesting that Governor Whitmer and Attorney General Nessel dismiss the remaining administrative licensing action and all fines imposed because the EOs were unlawful after April 30, 2020, as they were found to be unconstitutional by the Michigan Supreme Court. The entire investigation and administrative action were premised on Mr. Manke’s alleged violations of the illegal EOs.

The $6,000.00 in fines for exercising his right to free speech under the First Amendment are particularly egregious, especially because the Michigan Supreme Court agreed that the Governor’s EOs were unconstitutional and unenforceable. The Administrative Law Judge acknowledged the potential merit of Mr. Manke’s constitutional claims, but stated he was prohibited from ruling on the issue. Now that the matter is in court, Shiawassee County Circuit Court Judge Matthew Stewart will have the opportunity to rule on the constitutional issues for the first time.

“I am happy that we are finally in a court that can rule on, and uphold, my constitutional rights. I am not a health threat to anyone, and my barbershop has not been a source of the spread of this virus. I just want to safely earn a living and have my rights respected,” commented Karl. “The Courts have consistently upheld my constitutional rights affirming that the Governor’s attempts to shut me down were out of line, and I trust we will prevail in court once again.”

Mr. Manke’s attorney, David A. Kallman, stated, “We are pleased to have another opportunity to defend Karl in court and have his constitutional rights vindicated one more time. He is not a threat to the public’s health, safety, or welfare. We trust the court will uphold the rule of law and restore the faith of Michigan citizens that our legal system still operates in a fair and just manner.”

Case Status: All criminal charges against Karl Manke have been dismissed.

Case Status: The administrative proceedings regarding Mr. Manke’s licenses have been completed and his case is now on appeal to the Shiawassee County Circuit Court.